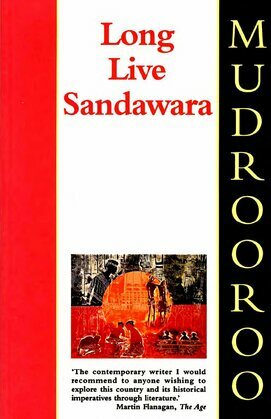 From the author of Wild Cat Falling and Balga Boy Jackson comes this novel from 1979:

Every revolution needs a leader and there is no question in Alan’s mind that he is that leader. For inspiration he goes to Noorak, the law holder of his people, and hears the heroic tales of Sandawara, the last of the warriors, who died defending his land and his people against the white man in the Kimberleys. So Alan names himself and becomes the new Sandawara and the rest of the unemployed teenage Aborigines of his mob take the names of Sandawara’s followers. In his crash pad, a broken-down old house, the new Sandawara plots and schemes the revolution.

The story of this mob of anti-heroes, of a farcical inefficient revolution, gives a vivid portrayal of the new and frightening world of rootless youth, who lack identity and purpose and shoot as easily as they love because neither act has meaning.