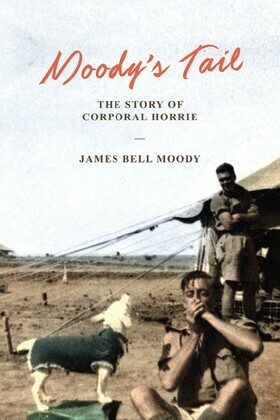 James Moody of the 2/1st Machine Gun Battalion found an Egyptian dog in 1940, who became Horrie, the Battalion's mascot. He wrote it first as a simple tale, augmented by his own photographs of Horrie and his mates in action in Greece, Crete and Palestine. This was sent to Ion Idriess, who developed the book with a series of questions, to finally develop the classic tale of man's best friend: Horrie the Wog Dog (ETT Imprint 2017).
Published here for the first time is Moody's original tale, and extended.response to Idriess' questions, which gives a much stronger picture of members of the Battalion itself, the Rebels, written and lived in than Australian larrikin manner. Introduced by Tom Thompson, it also includes many pictures of Horrie in action, never before published.