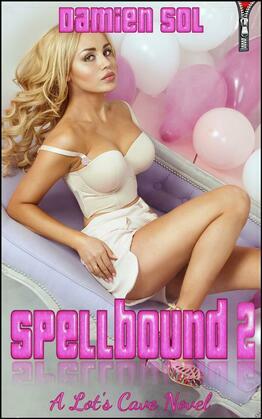 DESCRIPTION:
Adam Bordun the Sage-in-waiting has just past his journeyman test and now has his staff in hand for the trials to come. In the land of the Fae, Adam experiences the sweet, softness of his master's thighs as they make love in that realm. However, with a Royal Gala to attend, Adam must face the reality of what his life will be like for the rest of his. What of his father's death? Who played a hand in killing Jason Bordun?

EXCERPT:
There in that secret mana grove only known to the Sages of the world. A sub-nexus of the lay lines of the Earth that can only be opened by someone (or a group of someone’s), with the magjol count  of a Sage. However, given how that was one of the tomes that were destroyed in the last war entering the sub-nexus wasn’t an easy thing to do if you didn’t know the incantation. As far as Adam Bordun knew, only his Master had the only copy of the spell book. He was in awe of one of the few places on Earth that anyone could see raw mana in its crystalized form. Soft blue small light particles drifting off the orthorhombic shaped crystals sprouted from the earth, resembling a small bush. However, that wasn’t all; no, Adam’s eyes gazed out at the pale white, bioluminescent trees stretching out as far as his eyes could see.

“Adam, can you take a gander at why I would bring you here?” Holly Harthorne (current Sage and his Master) asked, gesturing to the view before them.

“Other than to look at the pretty lights, no, Master, I can’t,” Adam answered, getting a chuckle out of Holly, causing her red, almost orange hair to bounce as she did.
“That’s what I like about you, Adam, your wit. No, this is the place my Master and his Master and so on came to procure our staffs. You’ve grown strong since becoming my apprentice. I think it’s time we increased your limitations on the amount of magjols you can wield at once.”

“How?” Adam asked quizzically when he turned his head to look at her.

“Simply wander the forest, you'll know when you’ve found the right one,” a knowing smile graced her lips, “place your palm on the bark and gradually infuse the tree with your magjols,” Holly instructed. Knowing that would give her time to accomplish what she came here for. “You know how to find me when you're done.”