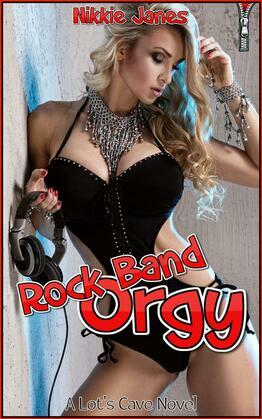 DESCRIPTION:
A 5 piece breaking rock band come off stage ready to party and they do! The fun part is there are two sisters and one brother involved so the sex is wild and taboo. All accompanied by a pounding rock and roll soundtrack.

EXCERPT:
When we came off stage, I was hot, sweaty, tired and buzzing. We had literally rocked the place to its foundations. This was one of the best gigs we had ever played, and to cap it all I'd nailed a tricky little bass riff. It's stupid that I seem to have so much trouble with it as I wrote the bloody thing. Anyway I'd nailed it, then instead of Jimi going into his lead solo after it, he mirrored the riff back at me. I responded and we bounced back and forth with lead and bass riffs.

This was way off how we normally play, but the group are tight so everyone picked up. Eventually I ran my pick up the low string and indicated to Jimi to take over on his solo. He broke out into a mind blowing, guitar screaming solo that was one of the best I've ever heard him play. Fuck it was good.

Now, all I wanted was lots of booze, and plenty of hard, no-frills sex. Plain simple sex. Not necessarily in that order, nor separately. To put it simply I wanted to party. I'm always like that when I come off stage, then again the whole band is, it's the adrenaline rush we carry.

The sex that happened could, and probably should have fractured the band into pieces, but somehow didn't. It brought us tighter together as a unit.