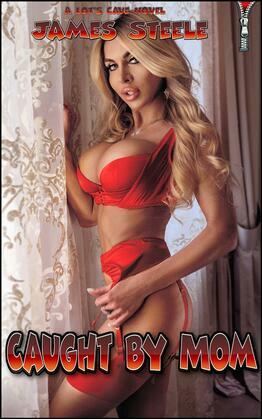 DESCRIPTION:
One sleepless night, hot young yet neglected housewife, Shana, discovers her husband has snuck into their daughter's room for a taboo tryst in the wee hours. Shocked, she seeks out the comforting arms of her son. Before long, the entire family's lives are changed forever.

EXCERPT:
Standing in the carpeted hallway, the blonde wife and mother of two kept as still as a statue and listened. After a few moments, she discovered the house was not quite as silent as she first thought. There was the slightest murmur of voices coming from the other end of the hallway where her daughter’s bedroom door was. Ben must have discovered Lauren awake at the same time and gone for a late night talk with their daughter. It made sense. Lauren had always been such a daddy’s girl, and over the past couple of months, the two had been spending more time together than ever before.

It was no surprise for Shana to see her husband and daughter growing even closer. For nearly a year now, she and Ben barely spoke to each other. There was nothing in particular that came between them, only that they had drifted apart emotionally. Their long talks into the night where they confided in one another were now a thing of the distant past. And not so long after their emotional distance came the sexual one. It had been almost a year since Ben had touched his wife in any kind of erotic way. Shana found herself both frustrated and relieved by this. She’d always been a very highly sexed woman, but she had never been interested in sex with strangers, and that’s exactly what she and Ben had become to each other.

The sounds from Lauren’s room were muted but growing clearer as Shana walked as softly as she dared toward her daughter’s bedroom door. She wondered if those late night talks Ben once had with her were now reserved for their daughter. She was a young adult now, though still technically a teenager, and considering how close they’d always been it wouldn’t surprise Shana if Ben had turned to Lauren for the emotional companionship she had once provided. She supposed that was probably a good thing. It would be better than discovering her husband was cheating. She didn’t bear ill feelings toward Ben. She simply felt the same kind of nothing for him that he seemed to feel toward her. Yet she wasn’t such a cold person as to begrudge him someone to talk to.

Shana was paralyzed with shock. She could hear her husband grunting and straining in between her daughter’s whorish pleas to her own father for sex.