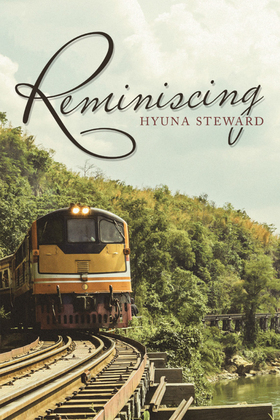 After 30 years of family medical practice in Monroe, Michigan, Dr. Hyuna Steward’s husband, Tom, revived the tradition of traveling to their sister country, Canada. During the last ten years, they rode the Via Rail train from Windsor to London, Toronto, and Montreal. These were enchanting junctures of their lives—walking Montreal’s cobblestone streets, and attending theatre performances in Toronto and London, Ontario.

Dr. Steward earned a third-degree black belt in Choi Kwang Do at Monroe Martial Arts in Monroe, Michigan. Eight years of five-days-a-week practice prevailed upon receiving her black belt. She even broke her left fifth finger during her karate practice. Hyuna learned perseverance, integrity, and humility while she trained to be a martial artist.

Hyuna and Tom have been married for 35 years and have four sons; they were closely involved in their sons’ education, sports, and recreational pursuits. On July fourth weekends, they would drive to Niagara Falls to watch the spectacular fall view. Two of their sons were married in 2017. In May 2019, Tom and Hyuna entered into grandparenthood. They look forward to seeing their grandson, Landon James, laughing and scampering around the house.

It has been Hyuna’s passion to write a book to express her gratitude and to remember these momentous events in her life.