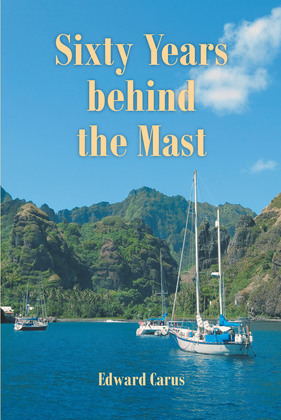 Sixty Years behind the Mast

Although the theme of Sixty Years behind the Mast is sailing, blue-water cruising in particular, it is much more than just about sailing. First, it is hoped the book will be added to the libraries of many blue-water sailors. For example, on the author's forty-foot yacht, AEOLUS, its library included three or four dozen sailing books including Joshua Slocum's Sailing Alone Around the World (1894) and Richard Henry Dana's Two Years Before the Mast (1840). Dana's book is an excellent description of the eighty-four-foot Boston brig, PILGRIM, trading with the ranchers in "Alta California" in the 1830s. A good library consisting of many other well-known sailing/adventure stories is essential on a cruising yacht.

Second, Sixty Years behind the Mast also should be included in the libraries of armchair adventurers who dream of making voyages to the distant islands in the South Pacific. The romantic South Pacific is famous for its out-of-the-box authors, artists, beachcombers, lone sailors, and scallywags, such as Robert Louis Stevenson (In the South Seas); James Michener (Tales of the South Pacific); impressionist painter, Paul Gauguin, who lived out his tragic life on Hiva Oa, an island of the Marquesas Archipelago; and American musician, Eddie Lund (and his Tahitians), sometimes referred to as "the Irving Berlin of island music." The Romance of the South Pacific was also well illustrated by famed film director John Ford's movie, The Hurricane (1937), staring Dorothy Lamour and Jon Hall.

Third, Sixty Years behind the Mast is a good reference manual for parents who have adolescent children. Several weeks, even just one week of blue-water sailing on a small boat, is an amazing way to help children successfully navigate the rite of passage from adolescence to adulthood. Cruising motivates a person to become self-reliant, builds self-confidence, enhances compassion, helps develop the skills required for effective teamwork and leadership, and makes one more sensitive to nature and sympathetic to the environment.