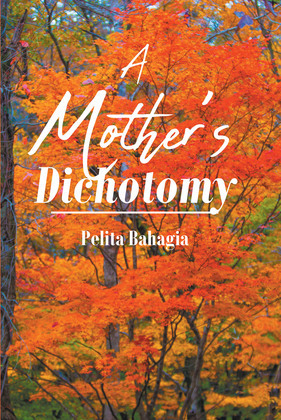 This story chronicles the events that could happen to a hardworking close-knit, God-fearing, altruistic American family living the American Dream that became powerless when their family is infiltrated by someone who is raised the opposite of them, that is, someone with no religion, no filial piety, no etiquette, and no compassion. The infiltrator not only cons them about many things but seduces their wayward daughter. This person commandeers their cars to be used for selling drugs under the pretext of needing a car to look good when going to band practice, their house, their garage, and their garden shed to store his drugs, guns, and ammunition that he was selling, just to name a few.

Their wayward daughter is forced to cosign for an apartment for this parasite and ends up using her mother's grocery money to buy food for the parasite who is a drug addict, drug dealer, and child pornographer. Every month, the daughter steals the elderly mother's credit card to buy money orders to pay the child support of six illegitimate children of the parasite who fathered them with six different women. The parasite is promiscuous and has sex indiscriminately with women and prostitutes for daytime jaunts while the wayward daughter is at work. Pretty soon, the elderly mother's sister, brother, and cousins are forbidden by the wayward daughter at the insistence of the parasite to come to Christmas dinners like they had been doing for the last fifty years because the drug addict wanted the elderly lady to cook Christmas dinner for his illegitimate daughters, his relatives, his uplines, and his downlines.

The drug addict started storing his safe in their house. It contained his drugs, money, guns in his inventory in addition to the deeds of properties up and down the eastern seaboard that his customers were forced to sign over to him when they could not pay for their drugs that he supplied them. Eventually, he was selling drugs at the Silaghi family dining table right in front of the elderly couple who were totally helpless.

Mila became more and more subservient to the drug-addict couple. She was slowly deluding herself that her pseudo son-in-law was not a drug addict, drug dealer, and child pornographer even though she had suspicions that he was a hit man for the mob. The wayward daughter and the drug addict kept deluding her that the parasite was cleaning up. Just before Nero's death, she had been forced by the drug-addict couple to buy them a house as he had to move out of Sodom and Gomorrah. Mila was to put down the down payment while the wayward daughter was to pay the mortgage and the drug addict was to pay for all the utilities. As soon as they closed on the house, the drug addict never came through with his promise and Mila was paying for the utilities and eventually the mortgage plus all the money needed for buying supplies to do the renovation.

When Mila died, the wayward daughter turned the Silaghi house into a rooming house for drug addicts, drug dealers, and child pornographers. Everything was very rosy for the drug-addict couple until one day…