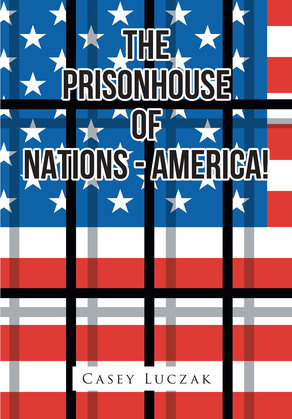 The Prisonhouse of Nations - America!

Centuries of foul play in the Department of Justice (DOJ) in this country, fortified through deceptive practices, has temporized the freedom of far too many innocent people with puritanical, senseless prison sentences.

This reasoning is laced with a mythology rich in ideals that are spoon-fed to the American people by this country's political leaders-judges are infallible and neutral; the objective of all prosecutors is justice; public defenders serve the indigent, the poor, and the accused whose assets have been stolen by the government when they are arrested or raided; and anyone accused of a crime in this country is presumed innocent until proven guilty.

"Sorry, Virginia, there is no Santa Claus." These are all myths employed by this government to perpetuate its business activities in the field of crime.

Judges are opinionated with attitudes, and they conspicuously favor the government. The only objective of prosecutors is a conviction, and they will obtain it under any circumstances, just short of murder. Public defenders are an extension of the criminal justice system whose mission is constant-get the defendant to sign a plea agreement.

The ministers of justice (those who appear in this writing) are not good people for the most part. Their power was wrongly used and did not follow justice; it preceded it. Hopefully, their exposure in the hastening of justice will finally lead them to the stepmother of misfortune. These ministers call themselves judges, prosecutors, and defense attorneys-mere labels.

Prisons should be for only the most serious federal crimes, not these fabricated acts prohibited by law this government creates for self-preservation. The DOJ's lies have become this country's heritage, are conveyed generationally, and have been accepted over time as status quo.

We allow our legal caretakers to indict, convict, and sentence individuals under false pretenses. Plea agreements should be challenged as unconstitutional. The basic tenets of living in a free society are violated routinely when it comes to crime. While the government pretends to be interested in justice for the American people, it's nothing but a chicanery. This "public servant" has made a major business out of offenses against the law, and there seems to be no end in sight. It targets individuals and corporations gratuitously.

This book brings to the forefront the sad truth of a deterioration of a criminal justice system that never was. These real experiences of pain and suffering against targeted innocent people is appalling, arousing aversion. There may be good judges, prosecutors, and defense attorneys out there, but your chances of finding one are fifty-fifty.

There exists the presumption that individuals are innocent until proven guilty. It's undoubted law, axiomatic and elementary. Its enforcement lies at the foundation of the administration of our criminal system.

Somehow, though, this undoubted law of presumed innocence has been tossed to the wayside in the courts, though the government continues to teach it in the classrooms as it grooms our youths to join the "herd of sheep" called Americans. What once was elementary is now a complicated and convoluted field of law.

America is the land of the free, after all. Does it really matter whether the DOJ bends the truth here and there to profit from crime? The DOJ keeps this prison house of nations filled through any way possible. Unfortunately, when the stench of this purported system of justice is traded for lies, the people's freedoms become diminished, never to return. The DOJ does as it pleases and keeps telling us how we are being protected by its unquestionable answers.

Only when you personally get caught in this government radar will you realize the truth. Regrettably, by then, it will be too late.

America's freedom, as guaranteed by the US Constitution, has been forfeited by a justice system more protective of its own power than its obligations to preserve the welfare of the populace.

The Prison House of Nations-America exposes how this distorted system of justice operates, case by case, with facts. It illustrates how this mendacious interpretation of justice translates to loss for Americans-loss of life, loss of property, loss of freedom. The people suffer while this "public servant," created by the people, runs amok. The costs are staggering; the tail clearly wags the dog.

Amidst this bleak revelation is a call to action. There's no blueprint to restore the DOJ to its intended role as an instrument to protect the people, for too much money is being made by those operating the system with beguilement and misdirection. About a hundred years ago, this government realized there is much more to get out of crime than simply chasing real criminals, and it has been proactive ever since.

Be forewarned. The stories you are about to experience are all true, with real people so named. There remains no more places for these masked servants of justice to hide.

These are stories of wrongly convicted and/or sentenced people. They were forced by this government to play this game with their very lives at stake, and they lost, hopefully only temporarily. Regrettably, at this moment in time, there is little hope for anyone entrapped in the government radar.

This writing of collected anecdotes is intended to draw attention to crimes and prisons in this country, a subject matter the American public prefers to keep out of sight. Admittedly, the people can no longer afford to continue this demeanor. The author comes from the inside. He knows the system, he knows the law, and he can find flaws in any case. Prosecutors and judges make mistakes-first, because they employ misconduct when necessary to preserve a conviction and, second, because they are in a hurry, always in a hurry, which is when legal mistakes are made that lead to proper affirmative relief.

Enjoy the read! Hopefully, when you finish, you will better appreciate the imminent danger of crime in this country-assuredly not because of the criminal action itself, but deplorably because of what follows.