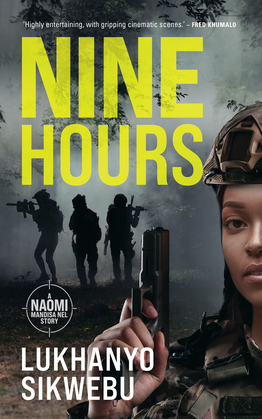 Naomi Mandisa Nel leads a secret life as a vigilante assassin, making sure justice is served where the system has failed to bring criminals to book. Now she has been recruited to join a team of operatives on a risky mission to save schoolgirls who have been kidnapped by terrorists in northern Mozambique. They have a window period of only nine hours to infiltrate the enemy camp deep in the Doente Forest and extract the girls before they are moved and might disappear forever.