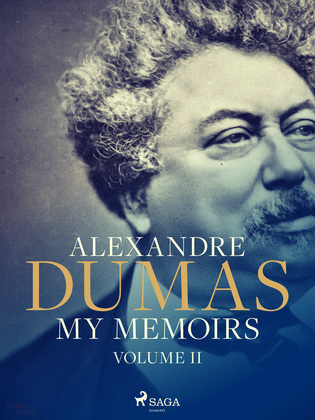 by Alexandre Dumas (Author)
Buy for $2.99 Excerpt
Nonfiction Biography & autobiography Literary Personal memoirs
warning_amber
One or more licenses for this book have been acquired by your organisation details

Alexandre Dumas found his calling in the hustle and bustle of 19th century Paris.

Written during the height of his fame, Dumas’ memoirs concentrate on the years before he got his break. In this second volume, Dumas makes his way to the capital, ending up in the service of the future King Louis Phillipe. It was here that his love of storytelling was first ignited. And also his love of women—Dumas would later become notorious for his numerous affairs.

My Memoirs Vol II is rich with commentary on France’s politics and culture. It’s a glorious time capsule that’s very far from a musty autobiography.