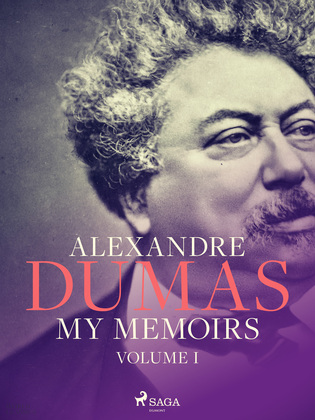 My Memoirs. Volume I

by Alexandre Dumas (Author)
Buy for $2.99 Excerpt
Nonfiction Biography & autobiography Literary Personal memoirs
warning_amber
One or more licenses for this book have been acquired by your organisation details

Literary superstar. Revolutionary. Serial philanderer. Alexandre Dumas lived an extraordinary life. Who better to tell his story than the man himself?

In this first volume of his memoirs, Dumas recounts his early life, from his first memories through to his teenage years. We learn about his time as a small-town poacher and then a clerk in Paris. Along the way, he paints a vivid picture of contemporary France, weaving in stories of famous figures, duels and romances.

"My Memoirs. Volume I" is written with the same verve as Dumas’ best novels. So whether you’re a history buff or a fan of "The Three Musketeers", there’s plenty to enjoy here.