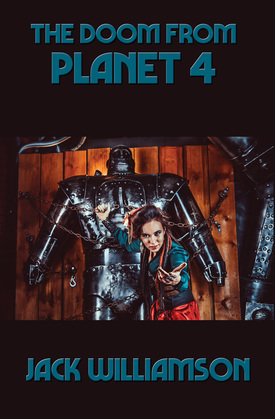 The Doom from Planet 4

by Jack Williamson (Author)
Buy for $0.99 Excerpt
Fiction Science fiction Adventure Space opera and planet opera
warning_amber
One or more licenses for this book have been acquired by your organisation details

A ray of fire, green, mysterious, stabs through the night to Dan on his ship. It leads him to an island of unearthly peril.


Jack Williamson was awarded the Grand Master by the Science Fiction Fantasy Writers of America, he is a member of the Science Fiction Hall of Fame, and he received the Stoker Award and World fantasy awards for life time achievements. He is the author of the Legion of Space series.