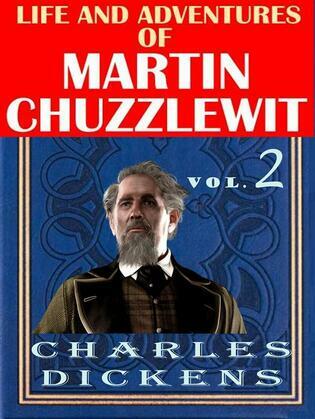 There happened to be on board the steamboat several gentlemen passengers, of the same stamp as Martin's New York friend Mr Bevan; and in their society he was cheerful and happy. They released him as well as they could from the intellectual entanglements of Mrs Hominy; and exhibited, in all they said and did, so much good sense and high feeling, that he could not like them too well.

'If this were a republic of Intellect and Worth,' he said, 'instead of vapouring and jobbing, they would not want the levers to keep it in motion.'

'Having good tools, and using bad ones,' returned Mr Tapley, 'would look as if

they was rather a poor sort of carpenters, sir, wouldn't it?'

Martin nodded. 'As if their work were infinitely above their powers and purpose, Mark; and they botched it in consequence.'

'The best on it is,' said Mark, 'that when they do happen to make a decent stroke; such as better workmen, with no such opportunities, make every day of their lives and think nothing of—they begin to sing out so surprising loud.

Take notice of my words, sir. If ever the defaulting part of this here country pays its debts—along of finding that not paying 'em won't do in a commercial point of view, you see, and is inconvenient in its consequences—they'll take such a shine out of it, and make such bragging speeches, that a man might suppose no borrowed money had ever been paid afore, since the world was first begun. That's the way they gammon each other, sir. Bless you, I know

'You seem to be growing profoundly sagacious!' cried Martin, laughing.

'Whether that is,' thought Mark, 'because I'm a day's journey nearer Eden, and am brightening up afore I die, I can't say. P'rhaps by the time I get there I shall have growed into a prophet.'

He gave no utterance to these sentiments; but the excessive joviality they inspired within him, and the merriment they brought upon his shining face, were quite enough for Martin. Although he might sometimes profess to make light of his partner's inexhaustible cheerfulness, and might sometimes, as in the case of Zephaniah Scadder, find him too jocose a commentator, he was always sensible of the effect of his example in rousing him to hopefulness and courage. Whether he were in the humour to profit by it, mattered not a jot. It was contagious, and he could not choose but be affected.