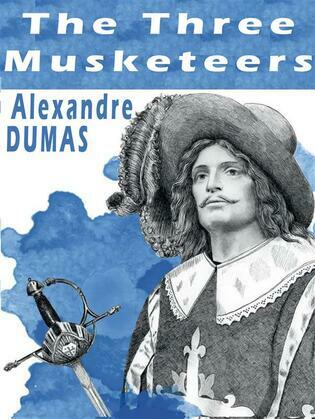 Alexandre Dumas
by Alexandre Dumas (Author)
Buy for €7.00 Excerpt
Fiction
warning_amber
One or more licenses for this book have been acquired by your organisation details

In which it is proved that, notwithstanding their names’ ending in OS and IS, the heroes of the story which we are about to have the honor to relate to our readers have nothing mythological about them.

A short time ago, while making researches in the Royal Library for my History of Louis XIV, I stumbled by chance upon the Memoirs of M.

d’Artagnan, printed--as were most of the works of that period, in which authors could not tell the truth without the risk of a residence, more or less long, in the Bastille--at Amsterdam, by Pierre Rouge. The title attracted me; I took them home with me, with the permission of the guardian, and devoured them.

It is not my intention here to enter into an analysis of this curious work; and I shall satisfy myself with referring such of my readers as appreciate the pictures of the period to its pages. They will therein find portraits penciled by the hand of a master; and although these squibs may be, for the most part, traced upon the doors of barracks and the walls of cabarets, they will not find the likenesses of Louis XIII, Anne of Austria, Richelieu, Mazarin, and the courtiers of the period, less faithful than in the history of M. Anquetil.

But, it is well known, what strikes the capricious mind of the poet is not always what affects the mass of readers. Now, while admiring, as others doubtless will admire, the details we have to relate, our main preoccupation concerned a matter to which no one before ourselves had given a thought.

D’Artagnan relates that on his first visit to M. de Treville, captain of the king’s Musketeers, he met in the antechamber three young men, serving in the illustrious corps into which he was soliciting the honor of being received, bearing the names of Athos, Porthos, and Aramis.

We must confess these three strange names struck us; and it immediately occurred to us that they were but pseudonyms, under which d’Artagnan had disguised names perhaps illustrious, or else that the bearers of these borrowed names had themselves chosen them on the day in which, from caprice, discontent, or want of fortune, they had donned the simple Musketeer’s uniform.

From that moment we had no rest till we could find some trace in contemporary works of these extraordinary names which had so strongly awakened our curiosity.

The catalogue alone of the books we read with this object would fill a whole chapter, which, although it might be very instructive, would certainly

afford our readers but little amusement. It will suffice, then, to tell them that at the moment at which, discouraged by so many fruitless investigations, we were about to abandon our search, we at length found, guided by the counsels of our illustrious friend Paulin Paris, a manuscript in folio, endorsed 4772 or 4773, we do not recollect which, having for title, “Memoirs of the Comte de la Fere, Touching Some Events Which Passed in France Toward the End of the Reign of King Louis XIII and the Commencement of the Reign of King Louis XIV.”