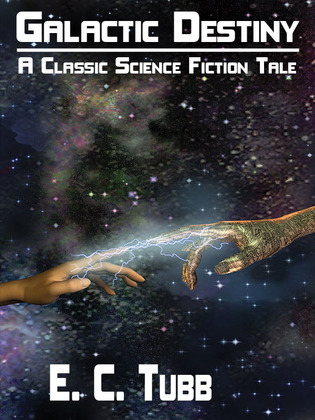 by E. C. Tubb (Author)
Buy for $2.99 Excerpt
Fiction Science fiction Space opera and planet opera
warning_amber
One or more licenses for this book have been acquired by your organisation details

In the far future, humanity has split into two groups: Folk and People. The Folk man the star ships, spending their entire lives in space. The People dwell on planets, only using the ships for travel between the worlds. A freak accident in No-Space causes a ship to drop out of faster-than-light mode into normal space, to be stranded between the stars. The Captain is able to jury-rig the damaged engines, but only to shift half of the ship’s mass back into No-Space to continue the journey. After throwing out all nonessential structures, cargo, and fitments, both passengers and crew alike come to realize more mass--some of the humans themselves--must be ejected into space so that the rest may survive. But how to chose who lives or dies? And then a murderer strikes.... A chilling psychological tale of crime and passion.