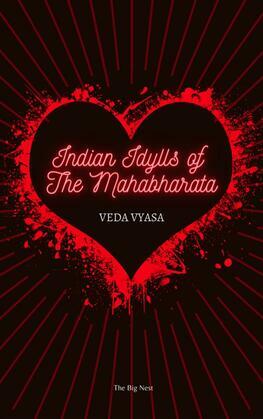 Indian Idylls of The Mahabharata

by Veda Vyasa (Author)
Buy for €2.99
Nonfiction Human science Philosophy Fiction Poetry
warning_amber
One or more licenses for this book have been acquired by your organisation details

The reading of this Mahabharata destroys all sin and produces virtue; so much so, that the pronunciation of a single shloka is sufficient to wipe away much guilt. This Mahabharata contains the history of the gods, of the Rishis in heaven and those on earth, of the Gandharvas and the Rákshasas. It also contains the life and actions of the one God, holy, immutable, and true, who is Krishna, who is the creator and the ruler of this universe; who is seeking the welfare of his creation by means of his incomparable and indestructible power; whose actions are celebrated by all sages; who has bound human beings in a chain, of which one end is life and the other death; on whom the Rishis meditate, and a knowledge of whom imparts unalloyed happiness to their hearts, and for whose gratification and favor all the daily devotions are performed by all worshippers. If a man reads the Mahâbhârata and has faith in its doctrines, he is free from all sin, and ascends to heaven after his death.