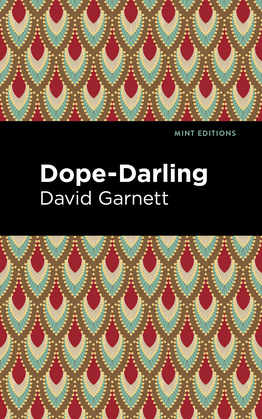 A Story of Cocaine
by David Garnett (Author)
Buy for $5.99 Excerpt
Fiction Literary
warning_amber
One or more licenses for this book have been acquired by your organisation details

Dope-Darling is a story of sex, drugs, and music set just before the outbreak of the First World War.

Claire is the talk of the town when she meets Roy at a London nightclub. Leaving his fiancée Beatrice, Roy marries the bohemian starlet in only three weeks, entering a world of excess and excitement beyond his wildest dreams. As the cocaine and booze begin to wear him down, and as Britain prepares for war with Germany, he begins to wonder if enlistment could provide him a means of escape.

With a beautifully designed cover and professionally typeset manuscript, this edition of David Garnett’s Dope-Darling is a classic 1918 work of British literature reimagined for modern readers.