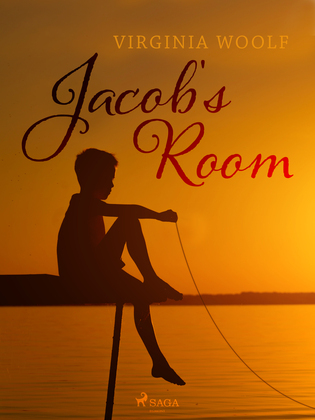 "I enjoy the spring more than the autumn now. One does, I think, as one gets older."

'Jacob's Room' (1922) is Virginia Woolf’s third novel and established her influence as a symbolic writer. It centres around the life of Jacob Flanders, a sensitive young man struggling to harmonise his admiration for Classical culture with the anarchic reality of contemporary society.

Written as a character study of Flanders, the novel is built upon the impressions of those who inhabit his world - mostly women who fall helplessly in love with him.

By frequently making use of colour references, Woolf paints a vivid picture of the characters and the surroundings creating a painting-like narrative of the novel itself.

'Jacob's Room' is written in a stream-of-consciousness-like style and - of which Woolf was a pioneer - is experimental in its form and rhythm, separating it from Wolf’s usual writing style and making it an inherently experimental piece of literature.