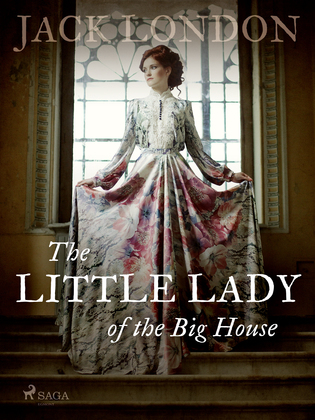 The Little Lady of the Big House

by Jack London (Author)
Buy for $10.99 Download sample
Fiction Classics Romance
warning_amber
One or more licenses for this book have been acquired by your organisation details

Rancher Dick Forrest finds himself in the midst of a horrific and utterly unexpected predicament - his wife Paula has fallen in love with another man. The man who has become the object of Paula's affections is in fact a close friend of Forrest which makes the affair virtually unbearable.

Paula can’t have her cake and eat it too – but can she find a way out of the present dire circumstances without inflicting irrevocable damage or death?

'The Little Lady of the Big House' is a tragic novel by Jack London first published in 1916. A world-renowned author who took the world by storm following the release of the 'Call of The Wild'. London's naturalistic style exerted an enormous influence upon future novelists such as Ernest Hemingway, Cormac McCarthy, and William Faulkner.