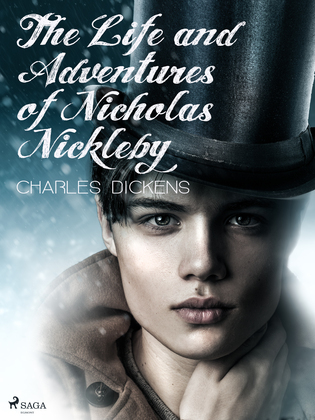 The Life and Adventures of Nicholas Nickleby

‘The Life and Adventures of Nicholas Nickleby’ is a sprawling adventure that follows young Nicholas’ journey across England to defend his family’s honour and regain their lost fortune. After the death of Nicholas’ father, the Nickleby family is on the brink of collapse, and they must rely on their treacherous uncle Ralph to survive. Nicholas is sent to work at a Yorkshire school but quickly learns that it is run by belligerent ghouls. After a violent confrontation, Nicholas and his friend Smike flee the school and embark on a marvellous misadventure to rescue Nicholas’ family and find love. While remaining true to Dickens’ celebrated social criticism, this novel also portrays the author’s incredible comedic abilities as the protagonists find themselves in many accidentally absurd situations. ‘The Life and Adventures of Nicholas Nickleby’ is a drama teeming with humour, romance, revenge, and murder. The story’s narrative scope and memorable cast of characters make it the perfect read for fans of Shakespeare, and it was adapted into a film starring Anne Hathaway and Charlie Hunnam in 2002.