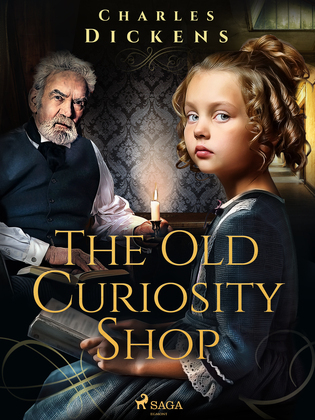 by Charles Dickens (Author)
Buy for $14.99 Download sample
Fiction Classics Literary
warning_amber
One or more licenses for this book have been acquired by your organisation details

‘The Old Curiosity Shop’ is one of Charles Dickens’ most beloved novels about a poor orphan girl, Nell, and her caring grandfather. In an attempt to improve Nell’s life, her grandfather accepts a loan from the cruel and conniving landlord, Quilp, and begins gambling but this only worsens their fortune. After issues with the police, Nell and her grandfather set out on a grand adventure and meet many of Dickens’ most memorable characters as Nell’s health deteriorates. ‘The Old Curiosity Shop’ is an incredible drama involving love, betrayal, and death that blends the fantastical nature of Nell’s journey with Dickens’ realistic criticism of living conditions in Victorian slums. The story caused mania at the time as Little Nell captured the hearts of readers around the globe including Queen Victoria. Nell and her grandfather have captivated audiences for generations in this timeless story that is equally as heart-warming as it is heart-breaking, and it is recommended for readers of all ages.