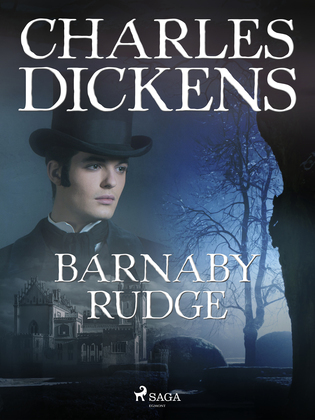 by Charles Dickens (Author)
Buy for $14.99 Excerpt
Fiction Classics Fairy tales, folk tales & mythology
warning_amber
One or more licenses for this book have been acquired by your organisation details

‘Barnaby Rudge’ is a historical novel by Charles Dickens, depicting the anti-Catholic Gordon Riots of 1780 in England. It is a novel in which danger lurks around every corner, as the titular character and his mother venture across England to evade a mystery man that is haunting them. After arriving in London, the protagonists are swept up in the vortex of violence surrounding them as Barnaby is mistakenly captured by a group of soldiers and must escape before he is sentenced to death. ‘Barnaby Rudge’ is not simply a recollection of the riots but a sprawling story about lovers torn apart by their families and unsolved murders. Dickens’ celebrated social criticism is portrayed in this novel as the urban decay in the London slums fosters ‘the very scum and refuse’ that return as a violent mob to destroy it. A terrifying addition to Dickens’ collection, ‘Barnaby Rudge’ is recommended for fans of Dickens and Shakespeare.