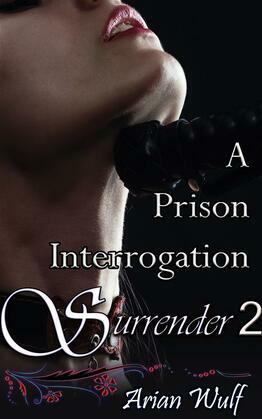 by Arian Wulf (Author)
Buy for €2.99 Excerpt
Fiction Erotica
warning_amber
One or more licenses for this book have been acquired by your organisation details

Sierra lets money dictate too many things in her life, but she has a few rules that she wouldn't break. She doesn't take her clothes off for anyone, not even paying employers... but when she is hired to entertain rich businessmen in a foreign country, she finds that the rules don't apply when she's accused of espionage. Now, she must do whatever it takes to get herself out of trouble...

"I might have a job for you," she says, "but there are some things they want you to do that you might be uncomfortable with," she says.

"What do they want me to do?" she narrows her eyes at Amanda, not liking where this is going.

Amanda looks around, like they're spies on a secret mission. Jen has politely given them some distance and is pretending to be busy folding clothes in the corner of the room. There's faint music from the sound system, but the place is quiet enough otherwise that Sierra knows she'll be able to hear them without a problem.

"First of all, the men you'll be working with are strictly incognito, so if you do this job, nothing will ever be mentioned ever again," she says.

If that doesn't sound like some sort of illegal operation, she doesn't know what does. From the corner of her eye, she notices Jen leaning closer, transfixed and curious despite herself.

"Second," she sighs and combs her fingers through her long hair. "I have to come clean to you that I only got this job because the last girl disappeared and no one else would touch it," she says. "Or they couldn't fit the requirements and pretended they didn't want it anyways," she shrugs. "I don't really care, but the money is too good to pass up and I want to bring it to you so you can decide on your own if you want it."

"I'm not going to lie, Amanda, this sounds terrible."

Amanda looks affronted. "I wouldn't have come to you if there wasn't something good about it, darling," she says.

Sierra supposes she deserves that. "So far, all I've heard is that they're really picky with the kind of model they want and nobody else wants the job because their last girl disappeared. It sounds like some sort of trafficking syndicate." Somewhere in the room, Jen snorts and says an 'amen' loud enough to be heard.

Amanda's face turns an angry tomato shade. "I wouldn't come to you with a dangerous job, Sierra," she says. "It's an international job and I suppose they wanted someone exotic. Someone who looks like you," she continues. "The previous payment went through without a hitch and the last girl disappearing was a norm. Previous models have returned from their projects. I'd show you who they are, but I signed non-disclosure agreements too. And the reason why I'm coming to you is because the pay is too good. It's fifty thousand for the job."