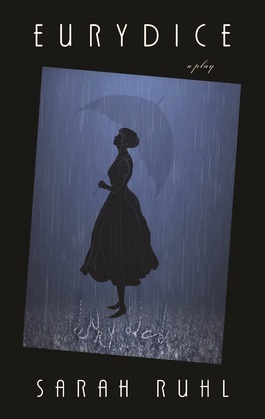 de Sarah Ruhl (Autor)
Comprar por 15,99 $ Extracto
Ficción Drama
warning_amber
One or more licenses for this book have been acquired by your organisation details

Eurydice received several award nominations, including the 2008 Drama League Award, Distinguished Production of a Play, and the 2008 Drama Desk Award.

TCG first published Eurydice in the Ruhl collection The Clean House and Other Plays in 2006. The collection has sold consistently well over the years, but based on continued interest in the individual play itself, especially among schools and universities, we think this will do very well as a stand-alone edition.

Eurydice has also been adapted into an opera by Sarah Ruhl, with music by Matthew Aucoin. It had its world premiere at the Los Angeles Opera on February 1, 2020, and the opera will be produced as part of The Metropolitan Opera's 2021-2 season in Nov-Dec. 2021.

Ruhl i sone of the most produced playwrights in the American Theatre.

Ruhl was awarded the 2016 Samuel French Award for Sustained Excellence in American Theatre.

Ruhl is also a recipient of Whiting Writers' Award, a PEN/Laura Pels Award, and a MacArthur Fellowship.

She currently teaches playwriting at the Yale School of Drama.

Ruhl is also the author of 100 Essays I Don’t Have Time to Write (FSG), chosen as one of the Notable Books of the Year in 2016 by The New York Times.