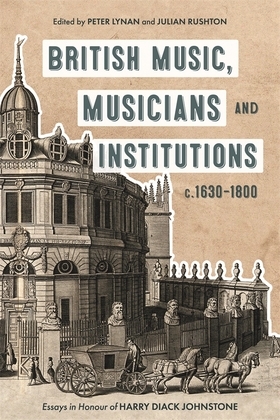 Building upon the developing picture of the importance of British music, musicians and institutions during the eighteenth century, this book investigates the themes of composition, performance (amateur and professional) and music-printing, within the wider context of social, religious and secular institutions.

British music in the era from the death of Henry Purcell to the so-called 'Musical Renaissance' of the late nineteenth century was once considered barren. This view has been overturned in recent years through a better-informed historical perspective, able to recognise that all kinds of British musical institutions continued to flourish, and not only in London. The publication, performance and recording of music by seventeenth- and eighteenth-century British composers, supplemented by critical source-studies and scholarly editions, shows forms of music that developed in parallel with those of Britain's near neighbours. Indigenous musicians mingled with migrant musicians from elsewhere, yet there remained strands of British musical culture that had no continental equivalent. Music, vocal and instrumental, sacred and secular, flourished continuously throughout the Stuart and Hanoverian monarchies. Composers such as Eccles, Boyce, Greene, Croft, Arne and Hayes were not wholly overshadowed by European imports such as Handel and J. C. Bach. The present volume builds on this developing picture of the importance of British music, musicians and institutions during the period. Leading musicologists investigate themes such as composition, performance (amateur and professional), and music-printing, within the wider context of social, religious and secular institutions.