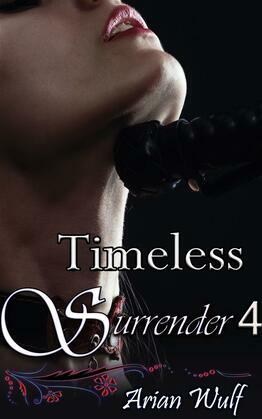 by Arian Wulf (Author)
Buy for €2.99 Excerpt
Fiction Erotica Romance Adult
warning_amber
One or more licenses for this book have been acquired by your organisation details

Arya wakes in the middle of the night and reaches for her phone, only to find it's not there. Neither is her room. She looks outside, expecting to see cars. Instead, she finds wagons dragged by horses. Arya needs to figure out where she is, when she is, and how to get home. But there are exterior influences at work that make sure she stays exactly where she is.

"Where are you taking me?" she asks, realizing he isn't pulling her down the stairs to where the exit probably is, but down the winding hallway and towards somewhere else entirely. He lets go of her arm when she trips and guides her with a firm hand on the small of her back, walking briskly, but not so fast that she would need to jog to keep up.

"To the servants' quarters," he says shortly, not turning to look at her.

"To get you proper clothes," he says.

That's very kind of him, she thinks to herself, and then voices it out loud. "Thank you," she murmurs. She's an intruder in his home. It's kind of him to not just throw her out to figure things out on her own. The strangers outside of his home does not look half as friendly as he does. "And then?" she asks, the uncertainty of what her future holds making her worry.

He stops and turns to her, his expression serious. "You appeared in my home," he starts. "That makes you my responsibility until we figure out where you come from and why you're here."

She pauses, amazed by how welcoming and helpful he is. His expression is stern. If she were to meet him elsewhere she would not have thought of him as the helpful type. He had the look of someone who has somewhere else to be and something much more important that requires his attention. "You don't have any obligation towards me," her mouth says before her brain can catch up with her.

"You're here. For now, you are mine," he says and turns to her, dismissing her easily.

She is left spluttering and red-faced with embarrassment. She's never had someone talk to her like that before. "Just because I appeared in your house randomly, doesn't mean I belong to you," she says to his rapidly disappearing back before kicking aside her ego and hurrying after him, knowing there's nowhere else for her to go.