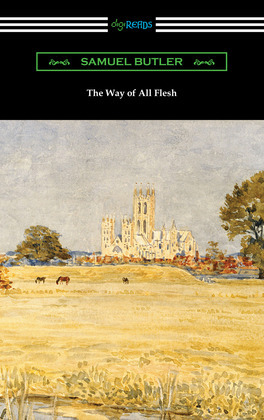 The Way of All Flesh

by Samuel Butler (Author)
Buy for $9.99 Excerpt
Fiction Classics
warning_amber
One or more licenses for this book have been acquired by your organisation details

Samuel Butler was an individualistic Victorian era writer who published a variety of works. He is also known for examining Christian orthodoxy, considerable studies of evolutionary thought, studies of Italian art, and works of literary history as well as criticism. Butler even made prose translations of “The Iliad” and “The Odyssey” which remain some of the most popular to this day. His authority on literature came through his posthumous novel, “The Way of All Flesh”. Butler completed it in the 1880s but it was left unpublished until 1903 to protect his family. The novel was so modern in its time of release that it influenced a new school of writing, predominantly through its use of psychological examination and analysis of the fictional characters of the story. “The Way of All Flesh” is a semi-autobiographical satiric portrait of the worst aspects of Victorian family life: of extreme strictness, embellished godliness, and hypocrisy. In this polemic novel Butler attacks the world of his childhood growing up in a clergyman’s family and expresses his basic philosophy of common sense. This edition includes a biographical afterword.