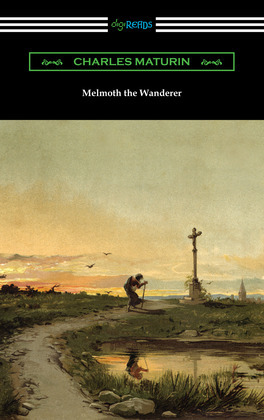 Revered as a true gothic masterpiece, “Melmoth the Wanderer” is the last complete work by the Irish author and playwright, Charles Maturin. Since its publication in 1820 it has been admired by such authors as Sir Walter Scott, Honoré de Balzac, Edgar Allan Poe, and Maturin’s great nephew, Oscar Wilde. In this story of temptation, villainy, and a satanic bargain for immortality, Maturin offers his social commentary on early nineteenth century England and unabashedly attacks Roman Catholicism. The Wanderer, having engaged in a pact with the devil in exchange for extended life, is doomed to a tortured existence searching for someone to take on his Satanic contract, allowing him to die a natural death. Although Melmoth epitomizes the Faustian figure, Maturin creates a singularly unique character with the added complexities of sympathy, love, and conscience, and secures this cryptic portrayal of evil a place in literary history as the quintessential Gothic novel.