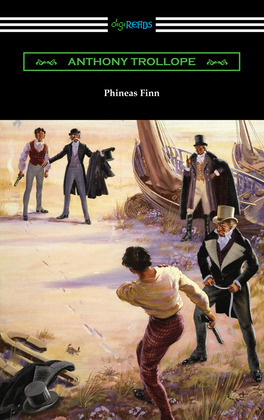 The second work of the Palliser series, also called the Parliamentary Novels, “Phineas Finn” follows the unpredictable political career of a handsome young Irishman in London. Son of a doctor and himself an unsuccessful law student, the charming Finn becomes involved in both the elections of Parliament and a sequence of romantic struggles. Amidst the ups and downs of his chosen profession, Finn becomes involved in turn with first his patroness Lady Laura, then the lovely heiress Violet, then the urbane Madame Goesler, and then his enduring Irish sweetheart Mary Flood Jones. In setting his novel against the backdrop of the Reform Bill of 1867 and the rise of the politician Gladstone in England, Trollope paints a fictional narrative of life during the height of British prestige. In combining these historical circumstances with Finn’s politics and romances, Trollope relates a realistic and empathic portrayal of the balance between public and personal life. This edition includes a biographical afterword.