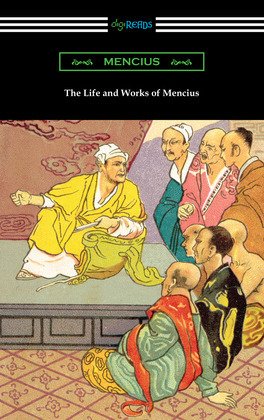 The Life and Works of Mencius

Although he was alive around 300 BC, Chinese philosopher Mencius helped pave the way for future generations of Chinese thinkers and theologians. He is best known for his work with Confucianism, and his interpretations of Confucius’ sayings shaped the way that the religion is now practiced. He also was one of the scholars at the Jixia Academy, a prestigious school for philosophers. His status allowed him to be one of China’s most respected officials. Mencius maintained a high regard for education, but he was very specific on how he thought people should learn. He denounced memorization and other elementary forms of learning. Instead, he wanted people to awaken their cognizance and realize how powerful their minds could be. Mencius also believed that mankind was essentially good; however, society was a negative influence on peoples’ behavior. He hoped that his influence would steer his culture in the right direction in order to help people grasp their full potential for goodness. This swayed his opinions on politics, as he believed that politicians should only stay in power as long as they were working on behalf of the public’s best interest. These ideas and more are explored in the extensive collection of “The Life and Works of Mencius”. This edition is follows the translations of James Legge.