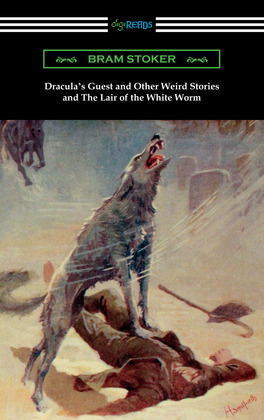 by Bram Stoker (Author)
Buy for $9.99 Excerpt
Fiction Short stories
warning_amber
One or more licenses for this book have been acquired by your organisation details

Bram Stoker’s “Dracula’s Guest and Other Weird Stories” is a collection of nine short stories which was first published in 1914, shortly after the author’s death. Among the most captivating of these tales is “Dracula’s Guest”, which is widely believed to be the first chapter of Stoker’s original “Dracula” manuscript. A young Englishman is restlessly wandering about Munich before traveling to Transylvania. When he foolishly leaves his hotel and explores a dense forest, he finds a graveyard with an evil ghost, endures a snowstorm, and has a surprising encounter with a wolf. This volume also includes the novella “The Lair of the White Worm”, a horror story which revolves around Adam Salton, a native Australian invited to England by his only surviving relative, Richard Salton. All seems well until he meets the neighbors and discovers a cruel mesmerist, an enormous kite, a violent woman with unknown designs, and a colossal white worm seeking victims near its pit. Fans of “Dracula” will delight in this fine collection of Stoker’s horror stories. This edition includes a biographical afterword.