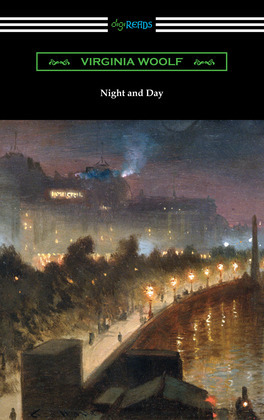 by Virginia Woolf (Author)
Buy for $8.99 Excerpt
Fiction Classics
warning_amber
One or more licenses for this book have been acquired by your organisation details

Virginia Woolf’s 1919 novel “Night and Day”, her second novel, is an examination of the relationships of its four main characters: Katharine Hilbery, Mary Datchet, Ralph Denham, and William Rodney. The granddaughter of a distinguished poet, Katherine Hilbery, is struggling with the expectation that she will be a great writer. She is torn between the prospect of marrying either William Rodney, a budding poet who attempts to impress her with his mediocre verse, and Ralph Denham, a lawyer who occasionally has articles published by Katharine’s father. Mary Datchet, a champion for woman’s suffrage, is the character whom the others in the novel often seek out to confess their true feelings with regard to their own love or anguish. Woolf’s “Night and Day” is considerably one of her most traditional works. While it lacks the stylistic flair that fans of her later works will be accustomed to, it dramatically explores the issues of woman’s suffrage and the struggle of women in modern society to balance endeavors of love, marriage, and vocation. This edition includes a biographical afterword.