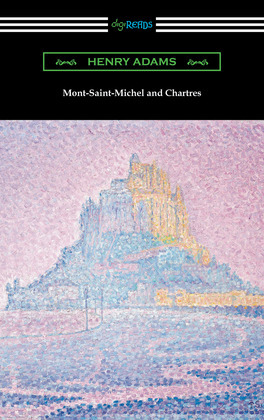 by Henry Adams (Author)
Buy for $8.99 Excerpt
Nonfiction History
warning_amber
One or more licenses for this book have been acquired by your organisation details

Henry Adams, grandson of President John Quincy Adams and great-grandson of President John Adams, was a journalist, historian and novelist who, in 1919, was awarded the Pulitzer Prize for his autobiography “The Education of Henry Adams”. One of his less well-known but equally brilliant works, “Mont-Saint-Michel and Chartres”, was privately published in 1904. American architect Ralph Adams Cram pushed for the public release of the book in 1913, with the support of the American Institute of Architects. The work is a detailed exploration of medieval society, its poetry, mysticism and philosophy, written through his examination of Gothic architecture, sculpture and stained glass. The great cathedrals of France served as inspiration for this work, in which Adams also delves into the Catholic views of St. Michel, the ideology symbolized by St. Mary, the debate between William of Champaux and Peter Abelard, and the ideas of St. Thomas Aquinas. This work is a wonderful companion novel to the author’s autobiography.