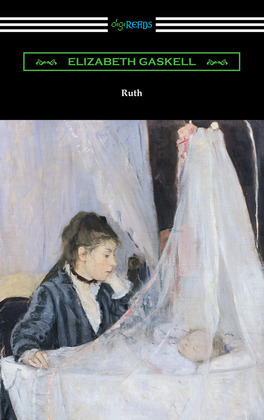 First published in England in 1853, this social novel by Elizabeth Gaskell received controversial reviews among readers of the Victorian era because of its candid portrayal of the “fallen woman”. Ruth Hilton, an orphaned young seamstress, falls prey to the wiles of the young, wealthy and bored Henry Bellingham. The affair is short-lived when Ruth, carrying Bellingham’s unborn child, is abandoned and left unemployed, homeless, and utterly without hope. She is saved by the minister, Thurstan Benson, who takes pity on Ruth and her illegitimate child, and helps to establish for her a respectable place in society. Upon the unforeseen return of Bellingham, the young mother must make a decision: to retain her personal pride and endure the chastisement of her community, or to succumb once again to Bellingham’s advances. One of the first works to explore the social stigmas of the “fallen woman” in the context of 19th Century England, “Ruth” has remained a socially impactful work in literary history. This edition includes a biographical afterword.