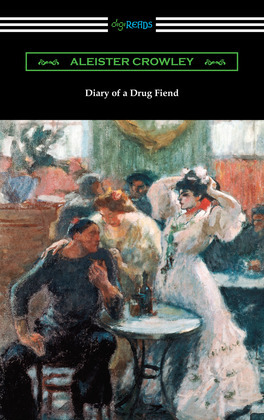 Diary of a Drug Fiend

by Aleister Crowley (Author)
Buy for $7.99 Excerpt
Fiction Classics
warning_amber
One or more licenses for this book have been acquired by your organisation details

Very few books have resulted in such controversy as “Diary of a Drug Fiend” since its original publication in 1922. While much of the debate is centered on the novel’s author Aleister Crowley, the story itself has both enchanted and enraged audiences for nearly a century. Despite being a fictional work, Crowley drew from his own experiences as a heavy drug user for the context of the plot. Peter Pendragon and Louise Laleham, in a drug-induced night of passion, get married after meeting each other for the first time. During their honeymoon, they are introduced to heroin and cannot quit taking drugs. They end up in jail and are eventually return to England. Through the rest of their “honeymoon period”, both Peter and Louise find themselves unable to give up their addictions. In their own sections of narration, they both exhibit the demented mindset of an addict, giving the text a visceral and realistic feel. Rather than overcoming their addictions, though, Crowley introduces his characters to the beginnings of his own religion, Thelema, which says that users can master their drug addiction and control the drugs’ affects over themselves. Regardless of one’s opinion of Aleister Crowley and his beliefs, “Diary of a Drug Fiend” is a truly modernistic and existential book that demands of its readers an understanding of the experiences and emotions of a drug addict.