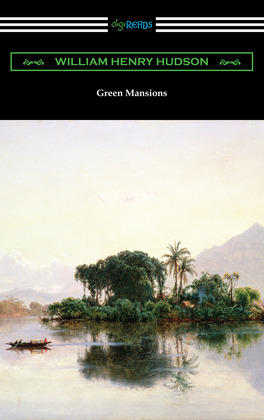 First published in 1904, William Henry Hudson’s “Green Mansions” is an exotic and romantic tale set in the wild jungles of Venezuela. Hudson was born in Argentina to American ex-patriots and spent most of his adult life in England, where he wrote books on ornithology, the English countryside, and several works of fiction. “Green Mansions” is his most popular and enduring novel and many of his works influenced other important authors, such as Ernest Hemingway and James Rebanks. In “Green Mansions”, a wealthy Venezuelan young man named Abel flees Caracas after a failed attempt at revolution and travels into the uncharted forests of the Guyana jungle. Planning to waste away the rest of his life hiding in an Indian village, he meets the mysterious Rima, known as the Bird Girl, who hides away in the forest and is feared by the Indian locals. Beset by terrible luck, violent tribesmen, and dangerous superstition, Abel and Rima’s tale of star-crossed love is a heart-breaking story of loss and devotion. “Green Mansions” is a sensitive and nuanced story of two young lovers caught in the middle of the timeless conflict between civilization and wilderness.