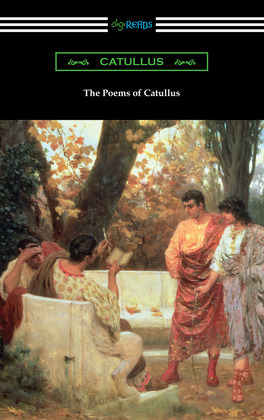 The Poems of Catullus

Born to a prominent family in Verona, Gaius Valerius Catullus was one the most famous poets of the late Roman Republic. Catullus’ poetry is characterized by its association to the 1st century B.C. avant-garde movement, Neoterics, which turned away from the classical Homeric style. Instead of focusing on the epic feats of gods and heroes, the Neoterics wrote poems on a much smaller scale, emphasizing a playful and elegant use of language to express complex allusions to and parodies of contemporary subjects. Arguably the most important of the Neoterics, Catullus composed poems regarding such notable figures as Cicero, Caesar, and Pompey. Amongst his most highly-regarded compositions are those regarding his deep love for a women referred to as “Lesbia”, commonly identified as the sophisticated patrician Clodia Metelli. Collected together here are the 116 extant poems which have been attributed to Catullus. This edition follows the translations of Robinson Ellis.