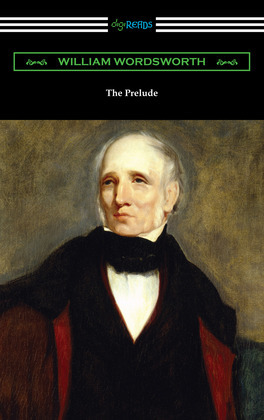 by William Wordsworth (Author)
Buy for $6.99 Excerpt
Fiction Poetry
warning_amber
One or more licenses for this book have been acquired by your organisation details

“The Prelude” is William Wordsworth’s epic reflection on his lifetime journey as an artist and is widely considered to be one of his most significant works. First published in 1850 after the poet’s death, Wordsworth began working on the blank verse poem in 1798 and continued modifying and expanding it for the rest of his life. Two earlier versions of the poem have been found and published, showing the evolution of this monumental work. A first version, called the “1799 Prelude”, is the poem in its earliest and shortest stage. A second version, the “1805 Prelude”, is much longer and captures Wordsworth’s thoughts on art and nature at the height of his early career. The final version, published here, is the most polished and mature. Beginning with Wordsworth’s childhood in the Lake District, continuing through his years spent in France, and concluding with his thoughts of the relationship between an artist’s imagination and nature, the epic poem is philosophical, reflective, and deeply personal. One of the Romantic period’s greatest works, “The Prelude” is a thought-provoking and inspiring epic on what it means to be an artist in an increasingly busy, modern world.