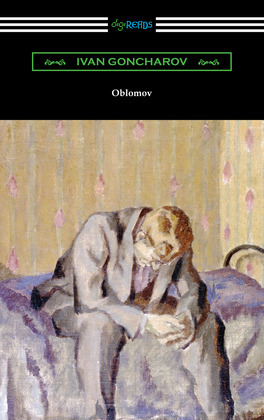 by Ivan Goncharov (Author)
Buy for $6.99 Excerpt
Fiction Classics
warning_amber
One or more licenses for this book have been acquired by your organisation details

Ivan Goncharov was a Russian novelist who achieved literary fame later in life, after a career in the civil-service which spanned more than thirty years. His first novel, “A Common Story”, was a definitive success and his notoriety was cemented with the publication of his second novel, “Oblomov”, in 1850. Based on a short story written a year prior, “Oblomov” is about a cultured, intelligent, upper middle class man experiencing a mid-life crisis. Ilya Ilyich Oblomov has sunk into a lethargic stupor, which he calls “Oblomovism”, and spends the majority of his time lying on the sofa or in bed. Goncharov portrays beautifully the process of Oblomov’s decline, as well as its consequences, at first through flashbacks and then through the intervention of Andrey Stoltz, a man quite the opposite of Oblomov. The novel was revered for its brutal but honest representation of the slothfulness of the Russian gentry, and has become a timeless classic of Russian and psychological fiction. This edition follows the translation of C. J. Hogarth.