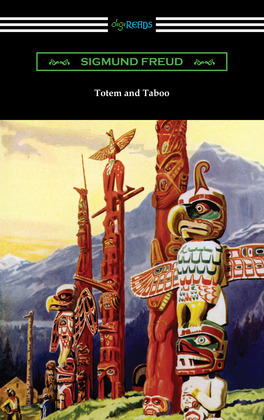 “Totem and Taboo” is a collection of four essays by Sigmund Freud that were published together in German in 1913. Freud sought to apply his theories of psychoanalysis to the study of anthropology and early human history. The four essays cover a wide range of topics. In “The Horror of Incest”, Freud examines the varied and common rules in primitive cultures that limit contact between members of the same family. In “Taboo and Emotional Ambivalence”, Freud posits that primitive cultures and their attitudes about magical objects are similar to the behavior of people with neurotic psychological conditions in the modern world. In “Animism, Magic and the Omnipotence of Thought”, Freud draws comparisons between the primitive belief in magic and magical animals to obsessive and compulsive disorders. Finally, in “The Return of Totemism in Childhood”, Freud, influenced by one of Charles Darwin’s theories about the male dominated arrangement of early human societies, looks for parallels with his own Oedipus complex theory in the structure of primitive cultures. A classic and influential work of early psychoanalysis, “Totem and Taboo” is an important read for students of both psychology and social anthropology. This edition follows the translation of A. A. Brill.