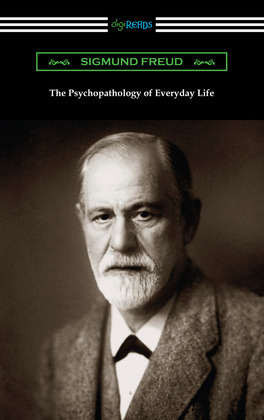 The Psychopathology of Everyday Life

by Sigmund Freud (Author)
Buy for $5.99 Excerpt
Nonfiction Human science Psychology
warning_amber
One or more licenses for this book have been acquired by your organisation details

There exists, of course, few more famous figures in the field of psychology than Sigmund Freud. As the founding father of psychoanalysis, or the clinical method for treating psychopathology through dialogue between a patient and a psychoanalyst, his impact on the field of psychology cannot be overstated. In 1898 Sigmund Freud published a short essay on the psychology of forgetfulness. It is from this essay that the following work would grow out of. First published in 1901, “The Psychopathology of Everyday Life” examines the psychological basis for the forgetting of names and words, the misuse of words in speech and in writing, and other similar errors. Freud’s examination of the subject is extensively discussed through the use of anecdotes and examples. It has been noted that the work is rather light on psychological theory, but what it lacks in theory it makes up for in examples. Perhaps for this reason, the work has proved to be one of Freud’s more popular texts from its first publication. Arguably one of Freud’s most personal works, “The Psychopathology of Everyday Life” remains an interesting commentary on the psychology of linguistic mistakes. This edition follows the translation of A. A. Brill.