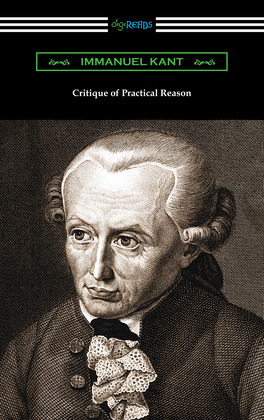 by Immanuel Kant (Author)
Buy for $5.99 Excerpt
Nonfiction Human science Philosophy
warning_amber
One or more licenses for this book have been acquired by your organisation details

The second of Immanuel Kant’s three critiques, “Critique of Practical Reason”, published in 1788, is considered by many to be one of the most important works on the subject of moral philosophy ever written. Written several years after his first critique, “Critique of Pure Reason”, this work addresses Kant’s views on moral philosophy and what it means to be good and ethical. In this work, Kant explores his philosophy of the categorical imperative, a general rule for behavior that can be applied universally. Kant argues that a categorical imperative must guide whatever maxim one establishes for dealing with all decisions with moral implications so that one may be morally good and make ethical choices. Kant argues that it is the motivation to do good, a desire to follow an obligation of duty and honor, that is critical to being a good person. Kant’s ideas on how one determines if something is morally good and how children and students can be taught morals has remained widely influential in the study of ethics to this day. “Critique of Practical Reason” is an excellent work on the philosophy of morality and a seminal work by one of the greatest philosophers of all time. This edition includes a biographical afterword and follows the translation of Thomas Kingsmill Abbott.