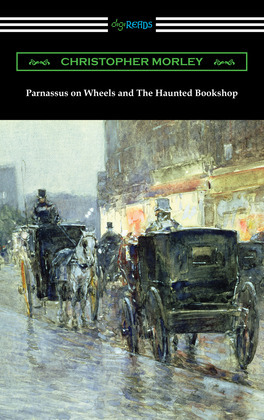 Parnassus on Wheels and The Haunted Bookshop

by Christopher Morley (Author)
Buy for $8.99 Excerpt
Fiction Classics
warning_amber
One or more licenses for this book have been acquired by your organisation details

First published in 1917, “Parnassus on Wheels” is the story of Roger Mifflin and his traveling book-selling business who meets Helen McGill, an aging spinster. Helen is tired of taking care of her eccentric brother and jumps at the chance to buy Roger’s mobile business and begin adventures of her own. Readers meet-up with the gregarious Roger again in “The Haunted Bookshop”, first published in 1919. Roger now owns a traditional bookstore called “The Haunted Bookshop”, an allusion to the ghosts of the past that haunt all libraries and bookstores, and is deeply focused on his work at the store and the education of his assistant. Roger is so focused that he fails to notice the dangerous events that begin to happen around him. Roger and his new friend Audrey Gilbert soon become embroiled in a thrilling mystery of espionage and terrorism which threatens Roger’s family and livelihood. Christopher Morley’s classics are charming tales of mystery and adventure that continue to entertain audiences more than a century after they were first published.