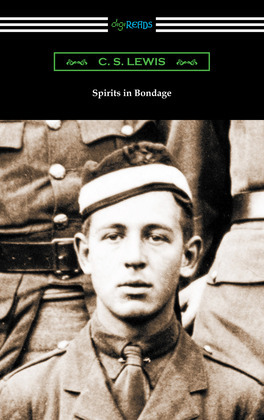 by C. S. Lewis (Author)
Buy for $4.99 Excerpt
Fiction Poetry
warning_amber
One or more licenses for this book have been acquired by your organisation details

First published in 1919, “Spirits in Bondage: A Cycle of Lyrics” is the first published work by noted English author C. S. Lewis. Most famous for his “Chronicles of Narnia” series, Lewis was also a prolific author of Christian literature and a respected lay theologian. This collection of poetry was written nearly three decades before his “Narnia” series was published and several years before his formal conversion to Christianity. Lewis was only twenty years old when “Spirits in Bondage” was written and had newly returned home from his military service in World War I. These pieces differ dramatically from the work that Lewis is most famous for and show a young man grappling with doubt, fear, and deep skepticism of the both the goodness of God and His existence. Divided into three sections, the poems track the author’s struggle as he begins by asking difficult questions of himself, such as why evil is allowed to exist and does being devout mean a loss of self, before culminating in a rapturous and profound experience of heaven and God’s love. A fascinating and illuminative work, “Spirits in Bondage” is a must-read for everyone who enjoys Lewis’ classic works of faith.