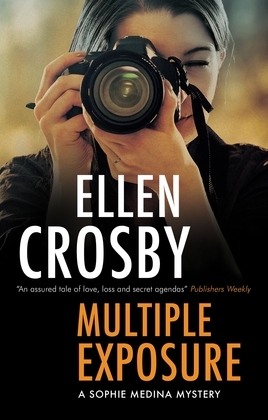 by Ellen Crosby (Author)
Buy for $14.99 Download sample
Fiction Espionage Mystery & detective Women sleuths
warning_amber
One or more licenses for this book have been acquired by your organisation details

These are the things Sophie Medina will swear to be true about her husband, oil executive and covert CIA operative Nick: He is an honorable, trustworthy, and loyal friend; an American patriot who would die for his country; and a loving husband.

He is also - according to his MI6 handler - a murderer. They say the wife is always the last to know.

Renowned photojournalist Sophie is used to Nick keeping secrets from her. But when Nick is kidnapped from their London home, only to be spotted in Russia months later, his bosses are convinced he's turned traitor. Russian-born Nick is not the only thing that's vanished - so have top-secret papers about an oil discovery that could destabilize the market and spark war.

Sophie trusts Nick, but when she moves back to her hometown of Washington, DC, she's not so sure about his CIA colleagues. Struggling to tell friend from foe, Sophie's drawn deeper into Nick's shadowy world, where Russian mafia rub shoulders with American senators . . . and where death lurks, around every corner.