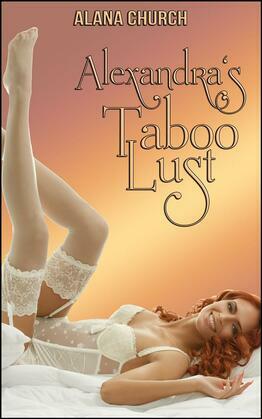 by Alana Church (Author)
Buy for €2.99 Excerpt
Fiction Romance Adult
warning_amber
One or more licenses for this book have been acquired by your organisation details

Randy shouldn't have been surprised, he knew. Whoever her mother had been, Alex would have inherited a full dose of their father's sex drive. And if there was one thing all his siblings shared, it was a ruttiness that bordered on the pathological. For months, ever since that grey October day when they had buried his father, Randy and his family had been wading waist-deep in a pool of sex. Whether it was with his sister or his mother, or when he and Richard joined together to double-team one of the women in the family, getting laid every day (or night) had proven to be the rule, rather than the exception for the past half-year and more, until it seemed he could barely remember a time before their incestuous union.

But Alex had seemed like such an innocent when she arrived. Attractive, yes, with that creamy skin and her rich, auburn hair, to say nothing of a tall, svelte body that boasted exquisitely formed breasts and a rear end that was absolutely gorgeous. But Randy was willing to wager money that until recently, she would have no more considered screwing a member of her family than he would have put spurs to a yearling colt.

But now, after only a few days under their roof, that had all changed. Randy knew what she was offering. And so did she.

And God help him, he wanted it. Wanted anything that would free his mind of the miserable, churning anxiety.

He nodded, and Alex smiled, reaching over to put her hands on the buckle of his belt. In seconds, it had been stripped out, and the leather hissed between her fingers to land, snakelike, on the floor. She knelt in front of him, her fingers busy at the buttons of his jeans. "Raise up."

He did, and she yanked down his pants and boxers. "Mmmm." A dark smile curled her lips. "Not hard. Good. I do like turning a man on."