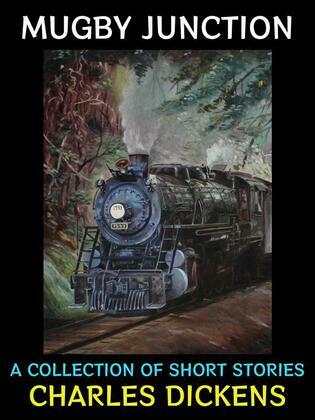 A Collection of Short Stories
by Charles Dickens (Author)
Buy for €1.49 Excerpt
Fiction Short stories Classics
warning_amber
One or more licenses for this book have been acquired by your organisation details

Mugby Junction" is an intriguing composite of tales. it contains one of Dickens' most celebrated ghost tales, "The Signalman," as well as short stories by Charles Collins, Hesbah Stretton, Andrew Halliday, and Amelia Edwards. Arriving at Mugby Junction in an attempt to escape his unhappy past, Barbox Brothers befriends a workman and his invalid daughter. With their help, he sets his sights on discovering which of the seven lines of the junction will most aid him in his journey of escape. In exploring one such line, he meets "the woman he had lost," only to return to Mugby Junction once this has played out. Staying there, and continuing his friendship with the workman and his daughter, he collects the myriad stories he hears tell of at the junction. Charles Dickens is one of England's most important literary figures.