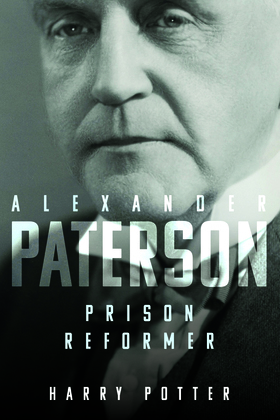 by Harry Potter (Author)
Buy for $24.95 Excerpt
Nonfiction Biography & autobiography Lawyers & judges History History by country Europe 1945-1989
warning_amber
One or more licenses for this book have been acquired by your organisation details

Sir Alexander Paterson (1884-1947) is best remembered for his role as Commissioner of Prisons and as the individual responsible for some of the greatest British innovations in the field of penal practice. All major prison reforms of his day can be associated with his name. One of the key characteristics of Paterson's reform drive was that he brought a much more 'scientific' approach to penology, encouraging psychiatrists and psychologists to work in prison. He was the prime mover behind the rapid expansion and transformation of the Borstal System and the introduction of open prisons, gaining Britain an international reputation for being at the forefront of penal reform. Harry Potter's account is the first biography of Alexander Paterson and it is based on unpublished material from government and family archives. Besides his achievements as prison reformer, Paterson's life encapsulated many trends in English society in the late nineteenth and early twentieth centuries: from the influence of Liberalism and Unitarianism in the industrial heartland of his youth, the Idealist philosophy of Thomas Hill Green at Oxford, to the impact of school and university 'missions' in the dark reaches of London. At Oxford he became friends with Clement Atlee. He also knew the radical Winston Churchill and it was Churchill who in 1910 first appointed him to a leading role in the aftercare of prisoners. Paterson's most formative years were undoubtedly spent living in a slum dwelling in South London when he devoted his time and energy to the Oxford and Bermondsey Medical Mission, one of the university settlements so common at the time - Attlee famously spent years in Hailesbury boys' club and Toynbee Hall in the East End. Paterson went on to publish a best-selling book - Across the Bridges - on his experiences in the South London slums. After a distinguished service in the Great War, Paterson devoted the rest of his life to the prison service at home and to penal reform abroad. Given current debates about prison reform and the general challenges the penal system is facing, revisiting Paterson's life and work will be a timely endeavour. Harry Potter - criminal barrister, historian and former prison chaplain - is ideally suited to write this biography.