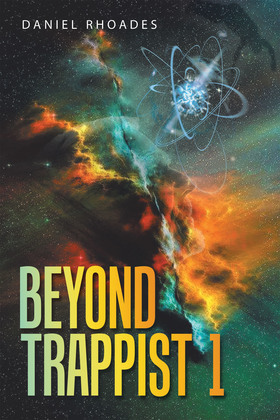 by Daniel Rhoades (Author)
Buy for $3.99 Excerpt
Fiction Science fiction Space opera and planet opera
warning_amber
One or more licenses for this book have been acquired by your organisation details

This story starts with a kid by watching television heard the theory that the Earth will be consumed by the sun, the fear of this caused an incredible journey, from the Moon to the center of The Milky way, and the inventions of a group of people that made journey possible. Joseph Stine is the main character; he developed a new computer system using Nanites. He called the system MANN, this system morphs into the main character over thousands of years of evolution of the Nanites, this happened due to Joe experimenting on himself with medical Nanites to keep him strong and healthy. He sold a copy of MANN to the U.S government, but felt he needed a way to control MANN and MANN 2, and creates a Special Nanite, implanted into himself and his daughter Crystal, Joe wanted to use Nanites for the good of Mankind, Crystal not so much. Joe goes to the far reaches of space, Crystal stayed behind on Earth and became a dictator, but was killed by an act of God. That bothered Joe and he would think of it often. On the space craft named “Home”, the Joe and the crew slept for 20 years in a Hybercell and would wake up for a week at a time, over hundreds of years Joe convinced the crew to agree to enhancing themselves with Nanites for their health and wellbeing. They agree, and their evolution began. They colonize a planet, and find life on exo-planets, some odd, some awfully familiar. Alien life that had depleted their home planet of everything and forced to recycle minerals, and everything they needed from other places. In order for Joe to get their technology he infected them with Nanites, speeding transportation to faster than the speed of light. A thousand years later Joe, no longer existed, and had become Special. Special then evolves into a mass of Nanites and after a few thousand years they try to return to Earth, but something was keeping them away. Special makes a final attempt to escape to gravity of Sagittarius A*, when it meets God.